My name is James and I'm a Swedish/English halfbreed living in Sweden. In my joyous life I've enjoyed an amazing childhood, passed a law exam, worked with sales & company management in the railway industry, written three novels (one unpublished about Jorune), played rugby intensively in Sweden and New Zealand, dabbled in CrossFit and underwater rugby.....and found myself a wonderful wife and an incredible family.

My wife Caroline, my son Elliot, my daughter Molly and my training is my passion outside of work.

But throughout all of this.....I've played roleplaying games. And I still do.

Some of the friends who meet up every Thursday are the same guys who endured my very first Basic Dungeons & Dragons adventure back in 1985. Role-Playing is nourishment for our imagination and our souls. 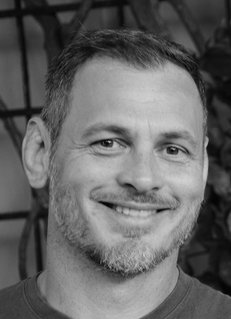 Why did I create this site?

The orignal site was dedicated to the Skyrealms of Jorune RPG to start with. I first heard about Jorune through an exciting advertisment in Dragon Magazine. It was the amazing artwork and the cryptic questions that captured my imagination and made me shoot down to the store and buy myself a copy of Skyrealms of Jorune.
(Is it true that the shantas once fought the humans thousands of years ago? What happens if the giggit awaken before they reach Tan-Iricid? Why should I worry about isho? I can't even see it!..... )

But, as soon as I was hooked, the game vanished. None of the supplements I ordered came and it seemed that I was alone in the universe with this cool game (the Internet was virtually non-existent for mundane humans at that time). So, I started to answer the mysteries of Jorune through my game sessions. Over the years, the game expanded and the world became more detailed. New rules were added, maps were drawn and cultures explored.

I created the first version of this website to share all my work with those who are equally Jorune isolated as I am. Hopefully it will inspire and can provide some extra detail to a campaign. Soon after its creation and received really positive feedback from Jorune fans across the globe - even if my work isn't canon.

This new version of the site now also contains material from other roleplaying games we play, such as Call of Cthulhu, Vampire the Masquerade, Eclipse Phase, Fading Suns, M.E.R.P. and others, as well as our own homemade RetroFantasy set in the world of Widewater.

Finally, the site also contains information about the glorious United Gamemaster's Union of Yesternight (U.G.L.Y.) as well as the insidious Roleplayers Union.

I hope you enjoy my work